The Quest to Improve Targeted Therapies for Cancer Patients 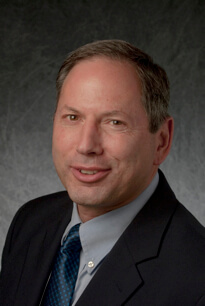 The improvement in cure rate and reduction in side effects for children with cancer is going to be slowed down because it’s only through this kind of research we are going to make a difference. To me, it’s just devastating.

Dr. Donald Small thinks a lot about the future. His lab is focused on developing the next generation of therapies for leukemia. “We have the potential to develop targeted therapies and potentially do away with chemotherapy altogether within a 10 to 20 year period,” he notes. Just as importantly, Dr. Small, the Director of the Pediatric Oncology Division of the Sidney Kimmel Comprehensive Cancer Center at Johns Hopkins University, trains the next generation of pediatric oncologists and hematologists, physician-scientists critical to advancing the future of cures and treatments for children suffering from devastating pediatric diseases. Sadly, his vision of the future is threatened by budget cuts and sequestration, which have shrunk both the number of research personnel in his lab and the number of talented physicians being trained in research careers.

Because of the reductions in federal funding, both a training grant and program project grant administered by Dr. Small have been cut. The T32 training grant, funded by the National Institutes of Health (NIH), received a perfect score – “unheard of,” according to Dr. Small – yet has lost slots to train pediatric physician-scientists. “This has very large repercussions in the long run,” Small said. “This is the next generation, the people who are forwarding the state of the art and are going to be making the next discoveries.”

Training grants are crucial for supporting physicians who wish to pursue a research career, he points out, “It’s the only way we can afford to do it.” And the loss of every physician-scientist, already a scarce commodity, has enormous impact for translational and clinical research. “It means the improvement in cure rate and reduction in side effects for children with cancer is going to be slowed down because it’s only through this kind of research that we are going to make a difference,” Small asserted. “To me, it’s just devastating.”

Dr. Small himself is an example of the kind of difference physician-scientists can make, having discovered a gene that plays a central role in a common form of adult and pediatric leukemia, leading to a new class of drugs (FLT3 inhibitors) currently being tested in clinical trials. Unfortunately, even his lab’s groundbreaking research is not immune from the federal funding crisis. Following the loss of a grant from NIH, part of his research had to be put on hold, due to lack of funding for personnel to conduct the experiments. “This could’ve helped with the progress to improve targeted therapy for leukemia to try to get away from using chemotherapy and all of the bad side effects that come with it.”

Leukemia accounts for about 30 percent of childhood cancers, striking approximately 3,500 children in the United States each year. “It would be an incredible shame to slow down the progress in this era,” said Small, noting the exciting discoveries being made at the molecular level thanks to federal funding of research across all cancers. “If that doesn’t happen, there will be many more millions of deaths and many suffering from both the short and long term side effects of their care. This is even more crucial for children who have their whole lives ahead of them.”

Even in this difficult time, Donald Small retains a sense of future optimism, telling young scientists to hang in there in hope the funding climate gets better. “It’s a privilege that we have an economy good enough to support biomedical research,” he said. “We are the world leaders in biomedical research. Being a physician-scientist, when I see patients on the pediatric cancer ward suffering, that have relapsed or about to die, or are having very bad side effects from their chemotherapy, that’s what rejuvenates us to work as hard as we can to make these things better. It’s really to do things for our patients.”