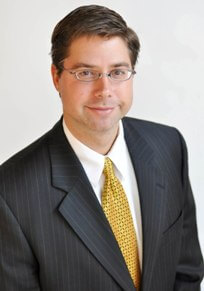 Due to budget cuts, it’s going to take longer for future patients to have the confidence and comfort in knowing the length of blood thinner treatment is actually based on strong evidence.

One in every 200 children who are hospitalized will develop a blood clot and will be treated with a blood thinner. However, according to Dr. Neil Goldenberg, Director of Research and Chief Research Officer at All Children’s Hospital, Johns Hopkins University School of Medicine, the practice of giving blood thinners to children suffering from blood clots is based on scarce evidence, which means potentially putting kids at risk for life-threatening conditions.

“With adults, well-funded clinical trials have been completed to determine what is the adequate amount of blood thinner therapy,” Goldenberg said. “But we’re long overdue to do such trials in kids to have an evidence basis for what we’re doing around the country.”

Unfortunately, the potential of such a trial is being threatened by sequestration and budget cuts to the National Institutes of Health (NIH). Dr. Goldenberg is the leader of the previously NIH-funded Kids-DOTT trial, which is designed to address the questions of how long a course of blood thinner is needed to treat children stricken with venous thrombosis (blood clots in the veins), and involves patients and treatment centers across the country, including Ohio, California, Texas, Michigan and Wisconsin. Despite the size of the Kids-DOTT trial, the sequester and ongoing budget reduction at NIH has presented major challenges

“The proposal for the completion of the trial on a large scale received a competitive score, but given the unprecedented cuts in grant dollars available to NIH, the trial’s completion will not be able to rely on NIH funding,” he stated. “That means we’re likely going to have to limit its scope, and the knowledge gained.

Goldenberg went on to explain the difficulty in organizing and recruiting patients for large-scale pediatric clinical trials, such as the Kids-DOTT trial, which was designed to enroll 650 patients and involve over 25 treatment centers — a large trial that would maximize the broad applicability of the knowledge gained toward the national standard of care.

“While the Kids-DOTT trial will continue, the concern is that it won’t reach its full potential. For some of the important unanswered questions in pediatric blood clotting, answers will remain elusive since it is not going to be feasible to ask our participating centers to collect the additional data. Proper data collection requires time and effort from well-trained clinical research personnel,” said Goldenberg. He accordingly points out that “the impact goes well beyond the data itself. The cuts will result in fewer jobs associated with the study because narrowing the scope means using fewer skilled personnel.” He estimates a 30 percent reduction in staff, compared to the original proposal.

And what about the patients? The timeline for knowing whether the treatment they are receiving is beneficial or harmful will be prolonged. “This means thousands of patients each year in the U.S. will continue to be treated by a ‘standard of care’ that lacks the strong evidence we expect as clinicians, researchers, parents and patients,” Goldenberg notes. Despite the challenges he faces, the need to find the appropriate, sometimes lifesaving treatment for these children keeps him motivated, piecing together funding from other sources, even as inadequate resources limit the work that can be done.

“The fact that we take care of these kids, if not every day, then every week, makes it very easy for us to see the need to keep moving forward,” Goldenberg said. “Today, most people know a child who has had a blood clot. We need to make sure we prioritize funding for the research designed to ensure we know how to deliver the best treatment for the next child with an increasingly common but complex health condition, like thrombosis and a variety of other disorders – whether it is my child, your child or the child of one of our friends and family.”